i want my MTV 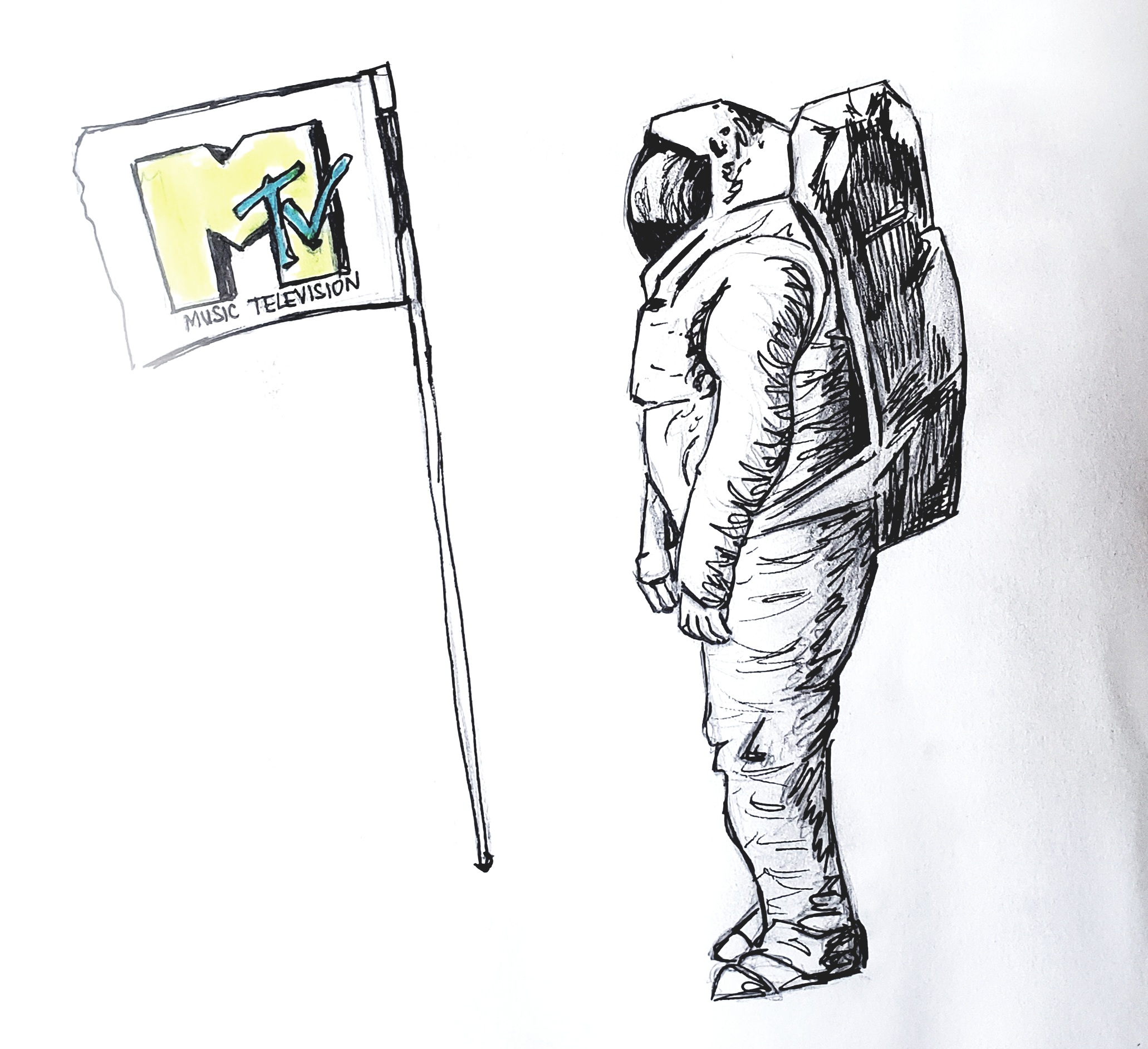 Posted at 20:18h in Creative Writing, Insights, Music by admin
1 Like

“Ladies and gentleman, rock and roll.”

It is hard to imagine that August 1st, 2021 marks 40 years since that phrase was uttered atop the flickering footage of the space shuttle launch countdown and the Apollo 11 moon landing—the neon MTV logo symbolically replacing the American flag in prophetic ambition—boldly claiming (and wildly succeeding with) a new era for music, fashion, television, pop culture and this writer’s teenage dreams. It was of course, the launch of MTV (or Music Television), the American cable channel that quite literally changed the world—or at least how we saw it.

Within a few years of launch, MTV had taken top spot as the most influential media force on the planet, spawning countless imitator shows and channels. In Canada, our version was MuchMusic  but let’s not forget equally popular network shows like NBC’s Friday Night Videos and Terry David Mulligan’s Vancouver-produced Good Rockin’ Tonite which aired on CBC, providing a Friday night double hit that was not only “Must See TV” but was also taped on our VCRs, so we could keep watching (and rewatching) our favourite videos until we had every smoldering glance and provocative hip shake memorized. It was unlike anything we had ever seen before and it was intoxicating: conceptual (albeit often nonsensical) storytelling; highly stylized hair, make-up and outfits to buy and recreate; over-the-top sexualization; all laid overtop the most fundamental sensory delight there is—music. In short, the MTV movement defined a whole new form of artistic expression, hard-wired a generation to pop-rock excess and rocketed a group of musicians into global pop culture infamy. And we, the hungry, horny, impressionable teenagers of the world ate it up with the fervor of Billy Idol’s iconic chorus “More! More! More!“. We couldn’t get enough of it—rushing home after school to watch our favourite VJ’s playing our favourite videos, over and over again.

But this was a fandom that we could actually see, hear and emulate. Beyond the static pictures and sedate stories in our Spin, Creem and Circus magazines, the 24-hour stream of programming provided endless videos, analysis and real live interviews with our musical heroes to show us just how our hormonal rebellion was meant to look and sound. It was a trifecta of influence that had you define your musical taste, your fashion sense and your outlook on life based on which musical tribe you liked best. Were you a head-banging metalhead who wanted to see Rock You Like a Hurricane on high rotation, or a diehard Duranie that had every John Taylor bassline memorized from Duran Duran’s The Reflex? Did you look at the world through layers of black eyeliner, hairspray and goth-fuelled angst like The Cure’s Robert Smith, or were you an early politico learning about world events though U2’s Sunday Bloody Sunday? Strangely I think that the early days of those channels had us all watching, and loving, EVERYTHING they served up. We saw the Lucky Star rocketship of Madonna alongside the often parodied thigh-glide of Robert Palmer’s Addicted to Love, and collectively worshiped the iconic Take on Me video from a-ha as much as the eye-popping genre-defining magic of Thriller from Michael Jackson. The first rap video played on MTV was Run D.M.C.’s Rock Box and soon the rap and hip-hop sound added a whole other chapter to the collective vernacular. There was New Wave. There was R&B. There was Prog Rock. There was Metal. There was the theatrical mastery of David Bowie. There were the empowering pipes of Whitney Houston. There was the naked (with strategic socks) energy of the Red Hot Chili Peppers and the simmering rage of N.W.A. There was the magnificent nonsense of “Weird Al” Yankovic to poke fun at it all, and there was the MTV Video Music Awards to make it all seem incredibly important and serious.

Our malleable brains were primed to consume it all, and so as the eyeliner got thicker and the hair got higher, so too did the jeans get tighter and the crop tops shorter. Suddenly we saw women owning their sexuality and men in make-up and spandex in all their crotch-defining glory and didn’t question how this related to our small town dogma. We all just wanted to turn it up and like in the Twisted Sister video, have a great answer to the question “whatta you wanna do with your life?”

Of course it was manufactured. Looking back (through my progressive lenses) I can see that we were fed a curated, mostly white, mostly sanitized version of music that ended up putting artists into 30 minute genre slots that inevitably robbed many of us from exploring our musical tastes in a more fulsome and organic way. And certainly, there was a generation of musicians that never reached the heights of fame they deserved if they didn’t “get a brand new face for the boys on MTV”. But I’m not sure there is a generation that had such a singular shared experience like those of us who were teens in the 80s. We knew what was cool because we were told what was cool every day. The cynicism of adulthood, relentlessness of 24-hour news channels and devastating reality of the world had yet to touch us, and most of our problems could be solved by hanging out in the McDonald’s parking lot practicing the high kicks we’d just seen in the latest Van Halen video.