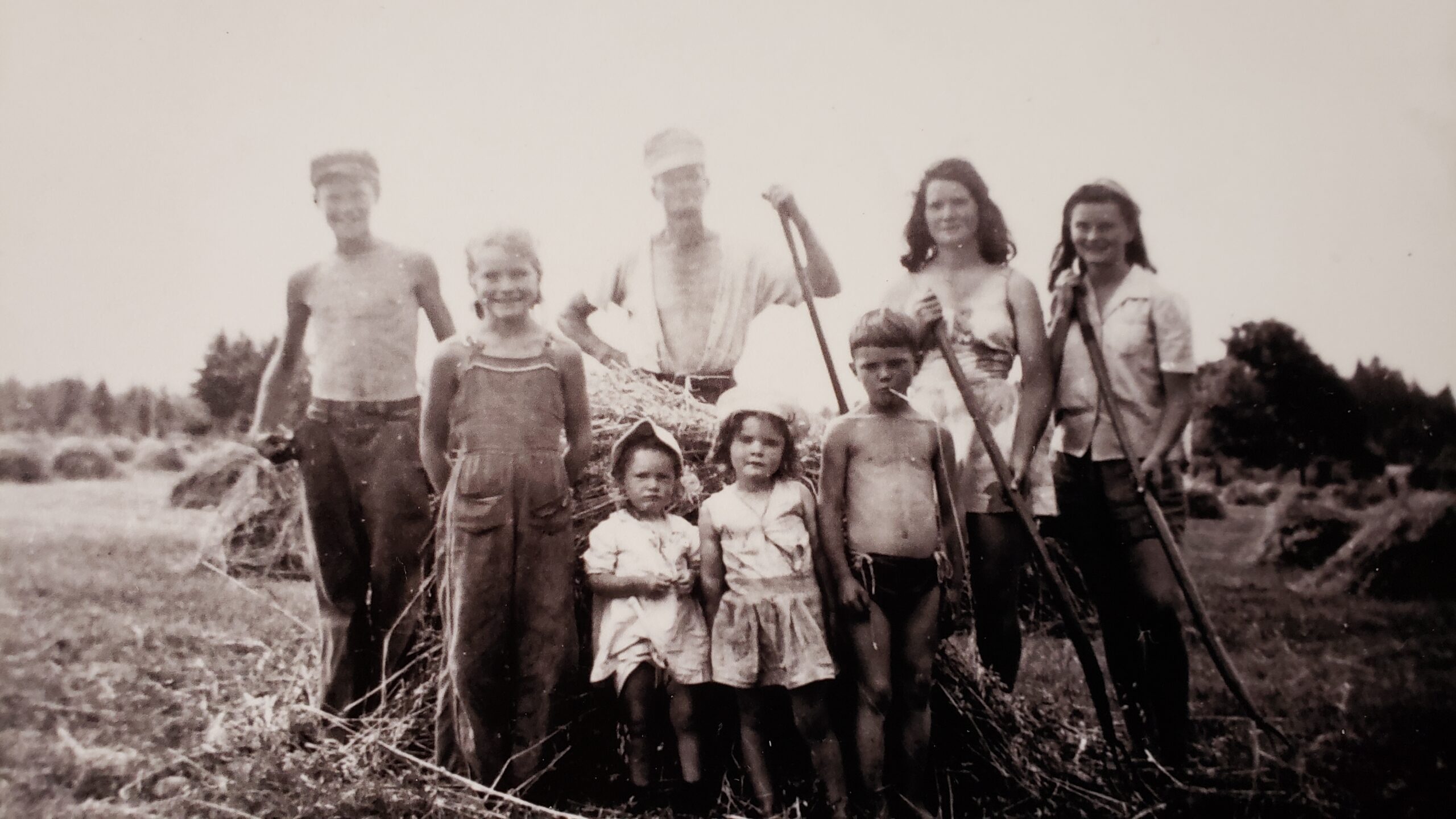 Posted at 16:55h in Creative Writing, Insights by admin
0 Likes

I’ve been thinking about roots these days and how much my (very large) extended family has shaped the person that I am today. You see, I am the youngest child of the youngest child on both my mother’s and my father’s side. My Dad, the youngest of eight, and my Mom the youngest of ten. Therefore you wouldn’t be wrong to say that my bountiful array of uncles, aunts, grandparents and cousins upon cousins helped raise me. From them I learned how to tell a story, how to take a joke, how to play cribbage, how to be kind, how to be dependable, how to appreciate the pleasure of a cup of tea or a home-cooked meal, how to prioritize keeping in touch with people, what true hard work looks like and all the most important swear words.

Those roots, my roots, are deep into the rocky soil of two jewel-toned islands in the Pacific Northwest’s Salish Sea – Denman and Hornby. Both sets of my grandparents came from or came to these islands to farm, raise their families and live their lives. They were simple lives and they were much simpler times. Separated by a ferry from an island separated by a ferry from the already rugged and wild West Coast of Canada, this was (and still is) a place that moves slowly and has been in no hurry to embrace modernity. I’ve often described my parents’ upbringing as similar to the tv show The Waltons – except the stories have a distinct local flavour – think pit-lamping escapades and tales of ladies rowing their boat between islands to visit the pub while the men in the boat spent the entire trip tinkering with the engine. A bygone era that I have heard recounted hundreds of times through the stories of my parents (and all those relatives) while stuffed around every kitchen table, picnic bench, station wagon backseat and folding card table of my youth. An era that I am considering both writing about (I have a book/TV series in mind) and currently reading about (I am also rereading and digitizing a series of letters written by my grandfather while he was courting my grandmother, I know, right? just WAIT until I get around to sharing those!)

The above photo (approximately 1944) captures my mother (the youngest) with six of her siblings and her Dad (he of the love letters) standing in the middle of their hayfield at Orkney Farm on Denman Island. I love this picture immensely. Not only because it is so old-timey-looking and my family, but because, by just looking at this photo, I can smell the warm Denman dirt mixing with the sweet salt-air scent of wild roses that grow on the edges of the field. I know that dirt. I have stood on that dirt. I have felt that dirt rise up between my toes and collect under my fingernails. I have washed that dirt out of my children’s clothes. I have eaten food grown from that dirt, have tasted the unmistakable terroir of that place – and just last week saw one of my beloved aunts be buried in that very same dirt at the old graveyard on Denman. As I wandered around the moss-covered headstones I was reminded of how seemingly “site-specific” my roots appear to be. Within a tiny plot on this tiny island I have both sets of my grandparents’ graves, plus further generations back on both of my grandmothers’ sides. This, truly, is where I’m from. This is where I belong. This is home. My genetic makeup is in that soil. And perhaps it is in that place where I’ll find the firm metaphorical foundation that I’ve been lacking lately. Perhaps all along, I just needed to get a little Denman dirt between my toes.