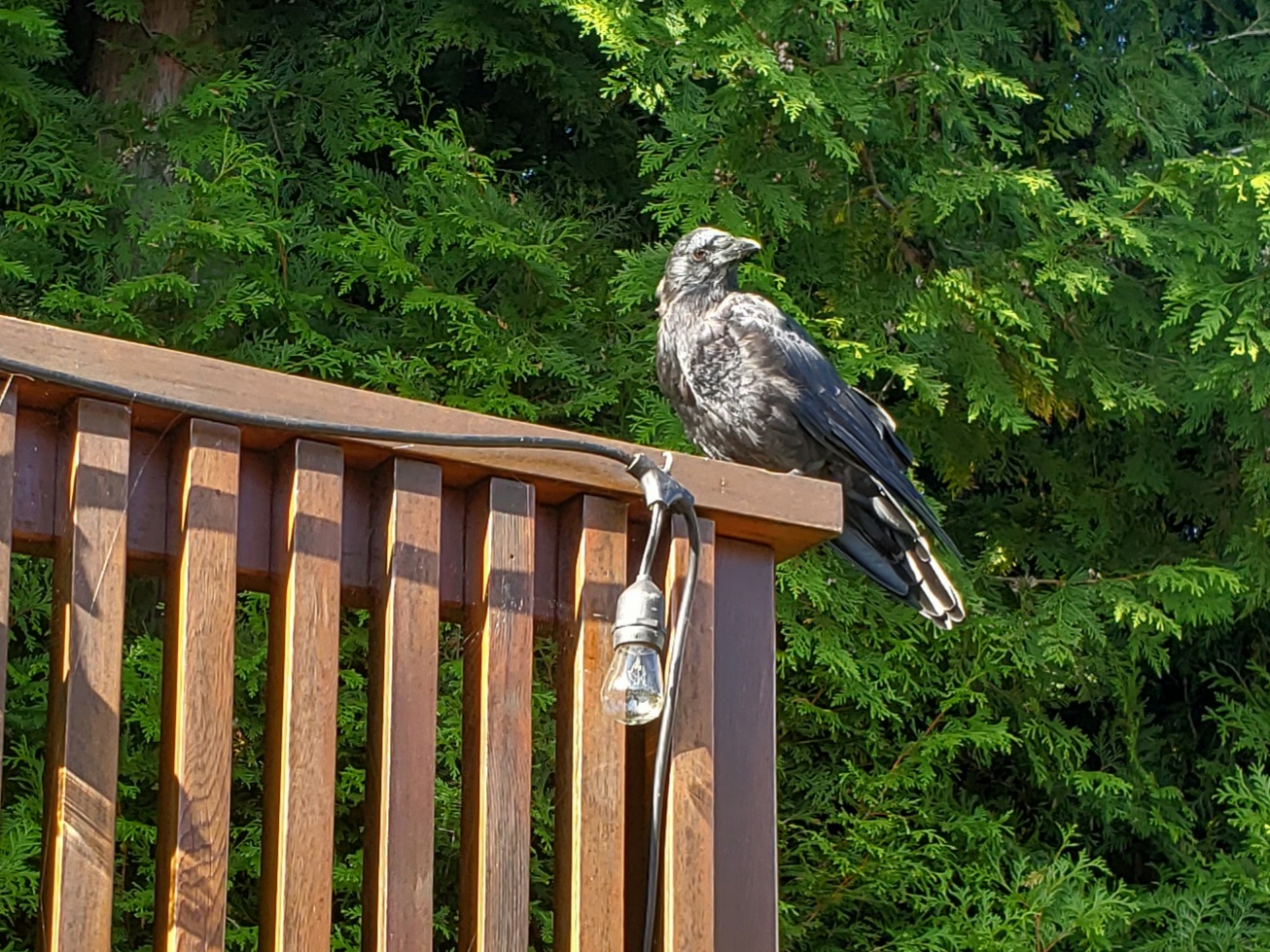 Posted at 12:09h in Creative Writing, Insights by admin
1 Like

Have you ever had an intimate encounter with an animal, particularly a wild animal, that left you profoundly moved and affirmed your belief in the divinity of nature? Of course you have. Whether the bottomless compassion found in the eyes of a family dog, or a moment on a walk when you lock consciousness with a deer, we have all likely been touched by an interaction with another animal. A conversation that did not have the currency of shared language, but instead relied on something deeper. Something still. Something beyond words.

Across these last two years I have established a bond with a crow. Go ahead, you can scoff at me – everyone else has – but I know it to be true, and in the end that’s all that matters. Zane (so named by me) visits me often and though cynics may say he is just looking for a stray bit of food, I have come to believe that he instead wishes to have a relationship with me. He has chortled an intricate mating dance to me, he follows me when I go on walks, he perches on the roof edge outside my office to catch my attention, he shouts warning when he sees the mama raccoon skulking through my backyard. He tries to communicate with me in many ways and on many days. I see and feel and know that we are connected, and that something as trivial as lack of shared words has not diminished this bond, in fact it may have strengthened it. Because acknowledging the wild within is perhaps the first step in the fluency of life.

He cocks his head at me and scrapes me with his beady eye
So quickly I sometimes wonder if he’s truly looking at me
Or just, looking
But I know that he knows it’s me
I feel it in my heart
Somewhere deep that I can’t put words to

caw… caw... he demands
Impatient with my lack of response
caw… caw…

It is a he, I’ve decided
My glamorous ruffian
Dark wings shining in the sun
He with a turned up feather and scabby scar on his right wing
Like a badge from a bar fight
Strutting along my eaves he stops now and then to peck out bugs and flick rotting leaves toward me
Stamping his claws he hops forwards and back, forwards and back
Rubbing his sharp beak on my railing in frustration

They say crows are a symbol of transformation, but I do not feel transformed
In truth I’ve become acutely aware of his visits, his piercing reproach at my lack of progress
Why can’t I understand you? What do you want me to do? I ask him silently
But he dips his head twice and flies away
Tired from holding the door open